Our Board
of Advisors

As Nevada’s statewide LGBTQ+ civil rights organization, Silver State Equality brings the voices of LGBTQ+ people and allies to institutions of power in Nevada and across the United States, striving to create a world that is healthy, just and fully equal for all LGBTQ+ people.

Silver State Equality is a member of Equality Federation.

Our Board of Advisors 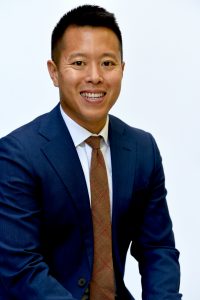 Tony Hoang is the Executive Director of Silver State Equality and Equality California and a veteran of the LGBTQ+ equality movement.

The son of Vietnam War refugees and the first person in his family to attend college, Tony is a proud first-generation immigrant who grew up understanding the marginalized intersections of sexuality, gender, race and immigration status. Born and raised in Houston, Texas, Tony moved to Los Angeles to attend the University of Southern California. During college, he interned with the Pacific Council on International Policy and Los Angeles County Federation of Labor before joining Equality California as a field intern in 2009, beginning his long career with the organization.

Tony went on to serve as Equality California’s Database and Volunteer Manager, Director of Operations, Chief of Staff and Managing Director prior to his selection as Executive Director-designate in 2021. During that time, Tony played a pivotal role in the passage of groundbreaking civil rights legislation in California, Nevada and Washington, DC, implementation of statewide public education campaigns and the election of hundreds of openly LGBTQ+ and pro-equality candidates up and down the ballot. Tony helped usher in a dramatic expansion of Equality California’s budget, staff, programming — especially the organization’s political work and efforts to advance racial justice — and growth to over 900,000 pro-equality members across the country.

Tony serves the City of Los Angeles as a Commissioner on the Innovation and Performance Commission. He also sits on the boards of Equality Federation, the national movement builder and strategic partner to state-based organizations advocating for LGBTQ people, and DTLA Proud. He is a member of the Center for Asian Americans United For Self Empowerment (CAUSE) Leadership Network and the Pacific Council on International Policy and serves as a mentor for the USC Lambda LGBT Alumni Mentoring Program.

Tony received a BA in International Relations at the University of Southern California with minors in Political Science and Natural Sciences. An avid concert-goer, cook, cyclist and traveler, Tony lives in Downtown Los Angeles with his fiancé Ian, an attorney. Samuel Garrett-Pate is the Managing Director of External Affairs for Silver State Equality and Equality California, where he oversees the organizations’ strategic communications and media relations, state and federal legislative advocacy, political affairs and impact litigation. He previously served as communications director.

Prior to joining Silver State Equality and Equality California, Sam was a Senior Account Executive at a strategic communications firm in Los Angeles, where he led public affairs, political strategy and litigation communications campaigns on behalf of the firm’s clients. He previously served as a legislative and political aide to New York Congressman Sean Patrick Maloney. Sam received his BA in political science from the George Washington University. Outside of Equality California, he serves as the Co-Chair of LGBTQ Victory Fund’s Victory Campaign Board and as a member of the Board of Directors. Sam lives in Downtown Los Angeles with his cats Jack and Hillary. 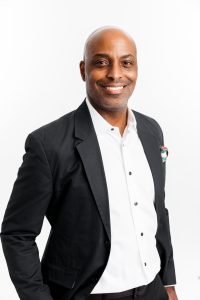 André C. Wade is the state director for Silver State Equality. In this role he leads legislative, fundraising and political efforts in the state of Nevada. With a Bachelor’s in Psychology and a Master’s in Public Administration, André has worked in human services for nearly 25 years in a variety of public and nonprofit contexts working on issues such as developmental disabilities, child welfare, youth experiencing homelessness national policy advocacy, diversity, equity and inclusion, and LGBTQ+ advocacy. André has served on several boards and committees focused on LGBTQ+ equality and inclusion such as the Human Rights Campaign’s Advisory Council for the All Children’s All Families program. Andre is a two-time appointee to Governor Sisolak’s Advisory Task Force on HIV Exposure Modernization for the State of Nevada.  A native of Las Vegas, Nevada, André is a certified yoga instructor who loves spending time with his partner, Jorge, traveling to new places and having interesting experiences attending concerts, and sneaking in time reading, writing and spending time with loved ones. 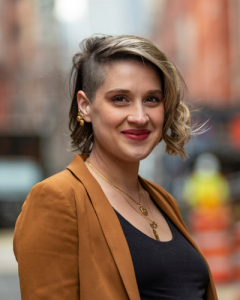 Sarah Morrow An serves as Development Director at Silver State Equality and Equality California, overseeing all fundraising strategies and initiatives for the organizations and their subsidiaries. A recent transplant from the New York City area, Sarah has over 10 years of professional development experience including serving as Director of Development at Housing Works Inc., as well as Vice President of the Housing Works Bookstore & Cafe. Prior to Housing Works, Sarah worked at the Metropolitan Opera during their record-breaking 2011-2012 season. Sarah graduated cum laude from the University of Pennsylvania with degrees in Communications, Sociology, and with a concentration in Marketing from the Wharton School. Sarah has served proudly on the boards of Housing Works and the West Village Chorale, and was an avid volunteer at the Museum of Modern Art. Sarah now lives in Miracle Mile with her opera-singer husband and two lovable (but exhausting) toddlers. (Photo: Joshua Kristal) Valerie Ploumpis is national policy director for Silver State Equality and Equality California, based in Washington, D.C. She is a political expert with more than two decades of experience in issue-advocacy campaigns, grassroots education and mobilization, coalition building, lobbying and media outreach. She serves on the board of directors of OutRight International Action, a global LGBT civil rights organization, and the LGBTQ Victory Fund’s Campaign Board, a national PAC which endorses and supports LGBT political candidates and elected officials. Prior to joining Silver State Equality and Equality California, she was a principal at Burnside &amp; Associates, where she managed political and mobilization campaigns. Prior to that, Ploumpis served as a legislative and policy advocate for several international trade organizations in Washington, D.C. She holds a BA in international relations from Mills College and an MA in international relations from Johns Hopkins University. 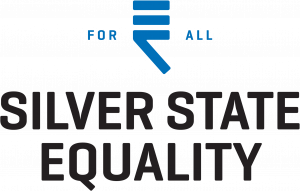 LC started his professional career on the 2008 presidential campaign of Hillary Rodham Clinton. He then joined the staff of Arkansas Senator Blanche Lincoln, where he was instrumental in the crafting and passage of the Healthy, Hunger-Free Kids Act of 2010. Over the course of his career, LC has served in a variety of communications leadership roles in the corporate, government, and political arenas, including Clinton for President, Speaker Nancy Pelosi, Buttigieg for President, Senator Claire McCaskill Reelection Campaign, Speaker Christine Quinn for Mayor, the Democratic Congressional Campaign Committee, and Walmart Stores, Inc.

LC is active in the Public Relations Society of America, the Pi Kappa Alpha Alumni Board, the Ole Miss Alumni Association and the Arkansas State University Alumni Association. In his spare time, he enjoys traveling, reading (on track to read 150 books in 2022), storytelling, live music, trying new foods and wines, and cheering on his beloved ASTATE Red Wolves and Ole Miss Rebels (Hotty Toddy!). 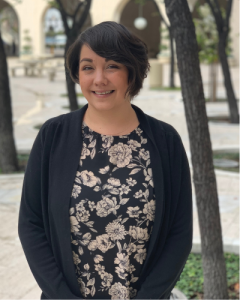 Marisa De Los Santos is an Events Manager for Silver State Equality and Equality California, where she supports the planning and production of all fundraising and donor engagement events. Prior to joining Silver State Equality, Marisa worked for the nonprofit fundraising software company OneCause, and previously worked with the Youth Services Program at the LGBTQ Center Long Beach and for GLAAD helping to coordinate the organization’s annual Media Awards. Marisa holds a BA in Women’s, Gender and Sexuality Studies from California State University, Long Beach. She is a volunteer with Pride Inc., AIDS Walk and the AIDS Foodstore. Marisa lives with her wife Jaymee and dog Ebby, and she enjoys going to concerts and ballets. 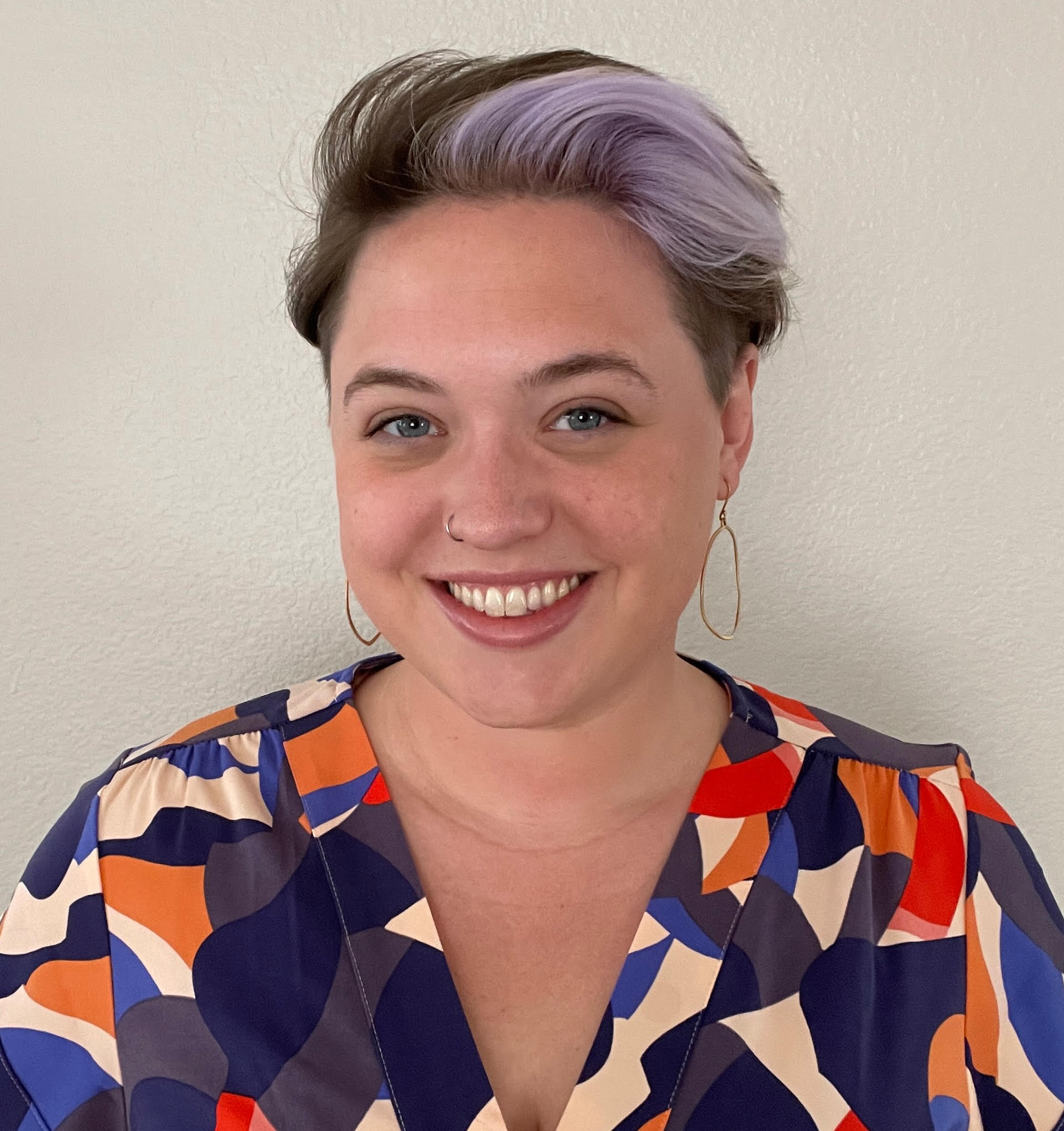 Jessica Munger is the Program Manager at Silver State Equality where she implements programs to empower and advance the wellbeing of the LGBTQ+ community in Nevada. Jessica hails from rural northern California (the ancestral lands of the Maidu people) and studied Political Science at Humboldt State University. Jessica’s roots are in community organizing: prior to coming to Silver State Equality she spent nearly a decade working on the campaign to pass the 28th amendment to the US Constitution to resist corporate power and big money in politics. Jessica has also worked on state and local campaigns regarding local democracy and sex worker rights. She proudly serves on the boards of Move to Amend and Democracy Unlimited. Jessica has a background in ballroom dance and creative movement, she’s a home bread-baker, live music enthusiast, and soon to be parent!

Mario Woolfolk is a Community Health Worker Program Associate for Silver State Equality working on public education and advocacy programs. Mario has spent his career in public service and education working in youth programs, school administration, and public health. He joins us from the Southern Nevada Health District, where he worked in HIV services with the Ryan White Program and provided support on the First Response Team for COVID-19. Mario is excited to have a personal connection to the work he is doing and help bring equality to individuals within the LGBTQ+ community. He also enjoys playing softball and has been studying the Japanese language (はじめまして / Nice to meet you!). 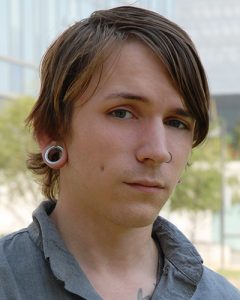 Tymothie-James Bergendahl is a development associate for Silver State Equality and Equality California. Prior to working for Equality California, they served on the board of JTIMA, an LGBT civil rights organization based in and around Boston, as well as co-managed the Massachusetts chapter of GetEqual, a national LGBT focused civil rights organization. Their work in Boston was primarily focused on LGBT youth homelessness and the rights and protections of transgender individuals within the state.

Ari Wood is the Events Associate for Equality California and Silver State Equality, where they support the planning, production, and execution of all Development Special Events. Prior to joining Equality California, Ari worked on Development teams at Children’s Center, a child abuse intervention center, and Children’s Cancer Association, an organization that brings joy to children with serious illnesses through music, art, and community. Ari received their B.A. in Sociology, International Studies, and Spanish from Pitzer College, where they conducted participatory action research on community care and increasing support for LGBTQ+ and BIPOC youth impacted by the child welfare and juvenile justice systems. Ari also currently works at Pitzer College Community Engagement Center as the Hecker Community Fellow. In their free time, Ari enjoys going on adventures with their pup Beanz!

Until The Work Is Done